The Ministry of Education has come out to defend the use of the National Education Management Information System (Nemis). This is after reports that the Ministry had abandoned the electronic learner capture system for a manual system.

But, the Ministry now says the Nemis has been so successful and is there to stay.  “The National Education Management Information System (NEMIS) is a success story that government will continue using in managing Education. Government is improving its capabilities to store and process, and retrieve information for use by ministry of Education,” reiterates the Ministry.

In what was construed to mean that the Ministry had abandoned Nemis, the Education CS Prof George Magoha (through a circular dated December 10, 2019) had noted that the actual number of all schools and learners in the country is not known.

“It has come to my attention that the State Department of Early Learning and Basic Education does not maintain accurate and reliable database on the number of physical schools and the actual number of pupils that can be relied on for effective decision making,” said CS Magoha.

According to the CS, lack of accurate information has hampered effective service delivery in the Education Sector. He has thus directed all County Directors of Education to urgently compile data on the actual number of pupils in grade two (2) to eight (8). Also to be collated is data on the physical number of schools; both secondary and primary schools. “This information should reach this office (the Education Headquarters at Jogoo House; Nairobi) by Monday December 23, 2019,” the CS directed.

Schools are always expected to update the data on all learners and employees on the Ministry’s portal; National Education Management Information System (NEMIS). But, some schools may be having incomplete data. Data captured on NEMIS is used for disbursement of government fee capitation among other functions.

The CS warned that schools with incorrect data will miss out on Fees Capitation and other government services. “This information is required for 2020 capitation and other critical decisions. It is reiterated that no institution shall receive capitation or any other Ministerial service without this data,” He added.

Early this year, a number of schools missed capitation due to inaccurate data on NEMIS. The Ministry had to surcharge institutions that had exaggerated their learners’ populations. 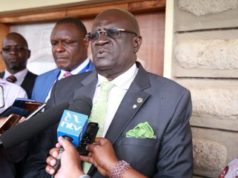 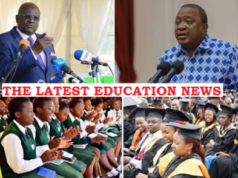