The government will construct a modern boarding primary school as part of its commitment to improve education standards in Turkana county by constructing modern primary schools and ECDEs.

The National Drought Management Authority(NDMA) is at advanced stages of constructing a modern boarding mixed primary school at Urum, Loima sub county that will ensure pupils from Turkana and West Pokot access education.

NDMA county coordinator Abdkikadir Jillo said during a meeting attended by Cabinet Secretary for Devolution Eugene Wamalwa that the concept note for the school has already been completed in collaboration with the county government.

“We have budgeted for the school and we shall commence works in the new financial year,” said Jillo.

Wamalwa said the government has constructed a similar school at Nasol, West Pokot county to foster peaceful coexistence between the Turkana and Pokot communities.

Responding to area MCA Patrick Imana who had requested to know the fate of Urum pupils whose school was blown away by wind late last year, Jillo said the project has been factored and would start in the 2021/2022 financial year.

At the same time Turkana County Deputy Governor Peter Lotethiro has said the county would construct an Early Childhood Development Education centre to cater for the growing population at Lokiriamet, in the same sub county.

The leaders were speaking in Lokiriamet during the launch of a borehole. 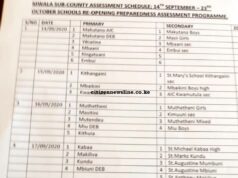 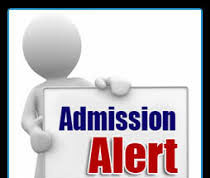