The Ministry of Education acknowledges the role played by the church and religious institutions in articulating reforms, reviews and stewarding of the new Competency Based Curriculum (CBC) in the country.

Speaking during the 64th general assembly of the National Council for Churches of Kenya (NCCK) which was held in Limuru from August 23 to 25, Education Principal Secretary Prof  Fatuma Chege who is in charge of CBC and its reforms said that the church has continued to play a critical role in promoting social values and morals in curriculum reviews.

“The Ministry of Education acknowledges that the church has continued to play a pivotal role in establishing and managing of schools and training institutions across the country by building, financing and recruiting teachers for curriculum implementation,” said PS.

The PS added that the partnership between the state and church is clearly demonstrated in the provision of suitable legal and policy environment for nurturing ethics and moral values among youth, as the church role is well articulated in the Basic Education Act (2013) Number 14.

The religious organisations have been more proactive in initiating value-based learning through non-formal programmes, in order to equip learners with values for character formation and holistic development despite the depicted individualism in society.

“A sessional paper of 2019 on education in Kenya provides for the mentoring, molding and nurturing of national values and their integration into the curriculum,” PS highlighted.

With the recent cases of indiscipline, prevalence of drug abuse in schools, burning of schools, radicalisation, teenage pregnancies and general learner disobedience to school rules calls for the need to enhance, regulate and provide chaplaincy services in basic education institutions, reiterated PS.

“The process of developing a chaplaincy guideline is ongoing as the Ministry of Education has partnered with NCCK to ensure it’s executed,” She added.

She affirmed this by outlining 8 core values of the CBC, which are love, peace, unity, respect, responsibility, respect, patriotism, integrity and social justice.

The Ministry of Education aims to give religious organizations an opportunity to develop learners’ knowledge and practice their faith in order to grow as mature, morally upright and responsible members of the society.

“Religious institutions, including NCCK will continue to be involved in the formulation, implementation and review of the curriculum,” said the PS. 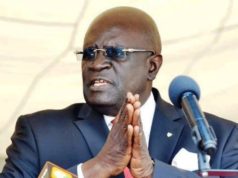 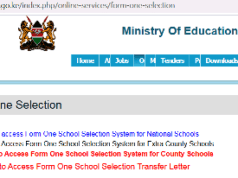 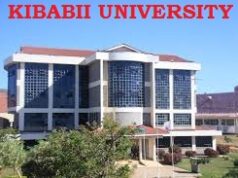 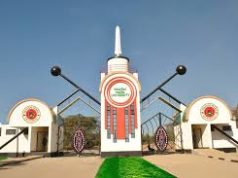 CS Magoha gives date when CBC Classrooms Will Be Complete

Secondary exams with answers (Form 1 to 4)