This was revealed via a document submitted to the National Assembly Committee on Education on consideration of the Budget Statement Policy, 2022.

In the documents, TSC Boss Nancy Macharia said the commission requires some Sh5.3 billion to recruit 8,000 teachers for the 100 per cent transition.

CEO Macharia said the monies are part of the critical areas, which were not funded in the last budget.

“The commission would appreciate any facilitation for these areas to receive some allocation,” said  Macharia.

“Teacher mentorship and coaching programme requires an estimated Sh50 million while the roll out of a national Biometric Enrolment and Validation of tutors will be done at a cost of Sh342.4 million,” she said.

The commission wants facilitation of Sh600 million for gratuity to 3,358 contract teachers in the Northern frontier and construction of additional county office accommodation estimated at a cost of Sh183.6 million.

During the resource sharing at the Sector Working Group, the commission said it was allocated Sh295.9 billion for recurrent expenditure against a projected requirement of Sh310.5 billion.

On development expenditure, the allocation was 656.4 million against a projected requirement of Sh1.14 billion.

The commission also said priorities identified in the 2022/23 budget and the medium term were informed by the 2019-2023 strategic plan and the medium-term plan III of Vision 2030.

During the period, TSC had proposed to recruit 25,000 teachers, out of which 13,000 on permanent and pensionable terms and another 12,000 interns annually for the next three years.

“Commission proposed to train Grade Six and Seven teachers in readiness for 2023 when the first CBC cohort will transit to Junior Secondary at a cost Sh2.52 billion,” Macharia explained.

It also made a proposal to automate and integrate its systems for paperless operations at a cost of Sh335 million, roll out of national biometric enrollment and validation of teachers valued at Sh342.4 million but were not financed.

Despite the financing shortfall, the commission said that 15,000 additional teachers were recruited and deployed to support implementation of the 100 per cent transition to secondary school.

Similarly, TSC developed a framework for hiring teachers on internship and 28,300 were recruited. 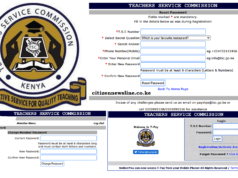 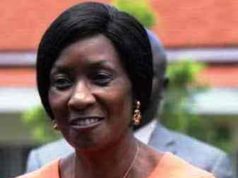 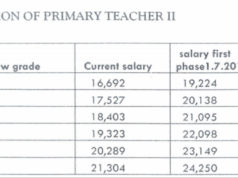 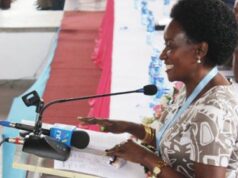