Stawi is a mobile loan product that will allow MSME’s to access unsecured credit of between Shs 30,000 and Shs 250,000 at an interest rate of 9 percent per annum.

The Central Bank of Kenya has partnered with NCBA Bank, Cooperative Bank, Diamond Trust Bank and KCB to offer the scheme which is aimed at improving access to credit for MSME’S.

MSME’s have for a long time been locked out of the formal credit market because of the informal nature of their transactions and lack of collateral for secured loans.

Speaking when he unveiled the facility, the President expressed optimism that the lending service will help boost enterprise in the country by making access to credit cheaper and faster.

“Stawi will offer a longer repayment period to small business borrowers, thus making it easier for them to better manage their cash flows; and, therefore, grow their businesses to the next level,” President Kenyatta said, noting that MSME’s account for over 80 percent of all businesses in the country.

He noted that despite their crucial role as the bloodline of Kenya’s economy, the over 7 million MSME’s in the country are mostly unlicensed and are therefore unable to access capital from the credit infrastructure as currently set up.

The President said that lack of access to affordable credit is partly to blame for the estimated 90 percent of start-ups that collapse within three years of their set up.

He therefore challenged more financial instutions to innovate new approaches of supporting MSME’s instead of categorizing them as high risk borrowers.

“I thank the banks that heeded my call and offered this solution (Stawi). We have over 7 million SME’s. Let us engage them and provide cheap loans for them to grow. If you say you can’t offer them services because they are high risk, what happens when their businesses collapse?” the President challenged.

President Kenyatta said MSME’s have the potential to contribute more than the current 30 percent of the country’s GDP if fully supported adding that failure to support the mostly youth managed entities risks creating social instability.

He said the government made a deliberate decision to prioritize the development of MSME’s as part of the Big 4 Agenda because it recognizes the potential of the sector to transform the lives of many Kenyans.

The President said the Big 4 Agenda priority areas of agriculture, housing and manufacturing are opening numerous new opportunities for MSME’s to thrive.

He however noted that the sector faces a range of challenges that require effective policies to deal with and directed the Ministry of Industry, Trade and Cooperatives to hasten the review of the current MSME policy framework so as to align it with the Big 4 Agenda.

“I am affording the ministry a bit of time so as to allow it to consult widely and ensure that inputs from relevant stakeholders are taken into account, in accordance with the constitution,” the President said.

As part of elaborate state efforts to boost MSME’s, President Kenyatta announced plans to set up Biashara Centres across the country. The centres which will be modeled on the current huduma centres will offer trade facilitation services in a one-stop-shop arrangement.

The President said Biashara Centres will make it easier for small business owners to access services provided by various government agencies under one roof.

“I am happy to note that the first Biashara Centre was launched a week ago at Kariobangi in Nairobi; and is fully functional, providing services related to taxes, standards, technology and finance,” the President said. 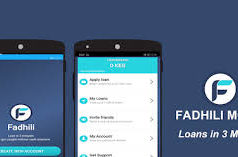 Fadhili loans and app download; How to get and repay the loan easily 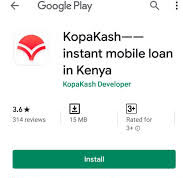 Instant and cheap loans: The KopaKash App and loans 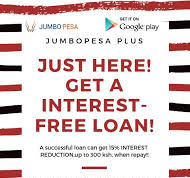 The JumboPesa plus loans App; How to download the app and get fast, cheap loans 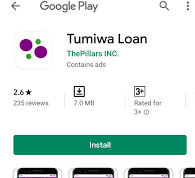 Tumiwa loans and App download; How to quickly get Mpesa loans and repay