PHYSICS NOTES AVAILABLE FOR ALL FORMS ALL TOPICS.  TOPICAL QUESTIONS ARE ALSO PROVIDED.

BELOW IS A SAMPLE OF THE NOTES FOR FORM 1 CELLS AND SIMPLE CIRCUITS.

Electric circuitis the complete path along which the electric charges flow.

A simple electric circuit consists of a cell, a bulb, a switch and connecting wires.

When the switch is closed charges flows and the bulb lights.

current flows in a completepath.

An open circuit~        This is a circuit in which the switch is open and current does not flow.

Electric current –This is the flow of charge per unit time.

Where t   = time in seconds

The SI unit of current isAmpere (A).

EMFis the voltage drop across the terminals of cells in an open circuit.It is the force of the battery that drives the current around the circuit.

The e.m.fis always higher than Pd.

In a series connection the brightness of the bulb increases as more cells are added.

These are cells connected positive to positive terminal and negative to negative.

The totale.m.f is equivalent to that of a single cell ie1.5V.The circuit behaves as if only one cell is being used. Even if more cells are added, the brightness of the bulb does not increase because the current remains the same.

The bulbsdivide the voltage from the cells amongst themselves and theyhave the same current.If one bulb is disconnected, the other goes off.

Eachbulbhas the same voltage as the cells. They are brighter than those in series. The flow of current is independent ie if one bulb is disconnected, the other continuous lighting with the same brightness.Parallel connection of bulbs is preferred in domestic wiring.

Conductorsare those materials that allow electric current to flow through them eg metals.

They have mobileelectrons that can move freely when e.m.f is connected.

In a conductor only the electrons move, the protons (+vecharges) do not move since they are held tightly in the nucleus.

When a conductor is connected to a cell, the flow of electronscreates an electric current in the opposite direction.

The electrons flow from the –veto +vewhile the electric currents flows from +veto-ve.

While dealing with electricity we only consider the electric current i.e from positive to negative.

Insulators– These are material that do not allow current to

flow through them eg wood, plastics. They have no mobileelectrons.

Electrolytes~These are Liquids that conduct electricity are. Eg

Electricity can be obtained from cells, batteries, generators and solar panels

They produce e.m.f due to a chemical reaction between two different metalelectrodes of different rates of reaction and an Electrolyte.

Chemical cells are classified either as primary or secondary cells.

These are cells that cannot be recharged once the chemicals are exhausted.

These are two types of primary cells

(Zinc is more reactive than copper in the reactivity series)

When the switch is closed, the two electrodes reacts with the acid and a current is generatedmaking the bulb light.

DEFECTS OF A SIMPLE CELL

It has two defects ie Polarization and Local action

This is the formation of H2 gasbubbles around the copper plate.

This increasesinternal resistance and hence the bulb goes off.

Polarization is minimized by adding a depolarizer eg potassium dichromate.

The depolarizer combines with the hydrogen gas on the copper plate to form water which dissolves in the electrolyte.

Local action can be reduced by coating the zinc plate with mercury in a process calledamalgamation.

A simple primary cell can also be made by dipping the two electrodes into a lemon as shown below.

It consists of a zinc case, ammonium chloride paste, a carbon rod and manganese IV oxide mixed with carbon powder

During the working of the cell, zinc reacts with NHCl paste and is converted to ZnCl2and hydrogen gas is produced.

The carbon powder only acts as a catalyst by speeding up the working of MnO2.

NOTE:     Large currents should not be drawn from dry cell within a short time.

These are cells that can be recharged by passing electric current through them.

There are two types of accumulators

A lead acid accumulator consists of +veand -veplates made of lead metal and lead oxide respectivelydipped indilH2SO4acid. The current carrying capacity of a battery is determined by

When fully charged,the accumulator has an e.m.f of about13Vwhile the relative density is 1.3.

The two quantities that determine whether a battery requires charging are:

The accumulator is recharged by connecting a direct current(dc)to the battery positiveto positive terminal and negative to negative terminal of the charger.

This is the amount of current that can be drawn in a given time from a battery. It is the total amount of chargeQ=Itand it is expressed in Ampere –hour (Ah).

CARE AND MAINTENANCE OF ACCUMULATORS

These accumulators usealkaline electrolyte (base) mostly (KOH). The common type is the nickel cadmium ornickel iron.

time without getting damaged. 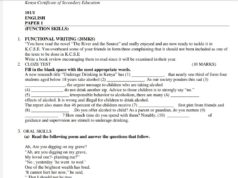