The 2021 Kenya Union of Post Primary Education Teachers, KUPPET, election has attracted a large number of aspirants; than has been the case in the recent past. And female teachers have joined the race, in their numbers, to have a share of the lucrative KUPPET county seats.

Heated online campaigns have rented the air in the past few months with prospective candidates teams’ opponents taking jibes at each other. Indeed, ‘politics is a dirty game’, an act that has been perpetuated by the unleashing marauding agents to smear opponents’ names.

It is Kisii county, though, that has recorded the highest number of aspirants; if the number of those who have declared interest to run is anything to go by. A quick check reveals that up to 40 candidates have so far shown interest in clinching the 11 KUPPET posts in the county.

Nyamira county, on the its part, with aspirants recording a lacklustre performance. Surprisingly one two new aspirants have come out to try and take up the cudgels for the seats. Only 2 contestants, Renson Mokaya (Vice Chair) and Mosiria Mikuro (Secretary for Gender), who have publicly declared their interests. Others are either keeping their cards close to their chests or fearing facing the Lewis Nyakweba led incumbent team.

Back to Kisii county, the current Chair is expected to come up against his fierce combatant, Tom Ombwori; whom he defeated during the recent by-election.

The seat of executive secretary has attracted new entrants like Abincha Joseph and Onsare Shedrack who will square out with Omari Otungu (incumbent).

Denis Manasse (incumbent) will face off with Maticha Samwel, Omwamba Julius, Geofrey Mogire and Dancan Matoke (among others) in the race for the Vice Chairperson’s seat.

Celebrated Kisii county soccer coach, Akanga Evans, will battle it out with Evans Okindo (reigning), Geoffrey Mariita and Saphinah Kenyando in a bid to grapple the Assistant Executive Secretary post.

The Treasurer’s post has attracted Amos Nyamari and Hamelyn Motika who will try to wrestle the seat from Francis Ogutu.

It may be an all female affair in the bid to seal the Assistant Treasurer’s seat. Kenya Secondary Schools Sports Association (KSSSA) Committee Member, Nancy Nyaenya (also a member of the Nyanza Region Secondary Schools Sports Association, NRSSSA) will be battling it out with Stellah Ong’era (incumbent). Another aspirant for the seat being Rael Mochache.

The seat of Organising secretary has attracted Abel Kenyanchui (holder) and Dennis Omwansa. Miller Orandi will battle it out with Conrad Rwenyo for the Tertiary Secretary seat; with the latter being the current office bearer. In the Gender Secretary’s post, incumbent Lydiah Kebati will square it out with Jentrix Ogola, Irene Angoi and her namesake, Irene Mariga.

A showdown is looming with battle lines have been drawn in the race for the Homabay county KUPPET seats. What is expected to be one of the hotly contested seat is that of Executive Secretary. The post has attracted the interested of the current Secretary to the NRSSSA and KSSSA member Tom Thomas Odhiambo. Stephen Yogo (office bearer) will face a colossal duel in a bid to try and keep the seat; considering the influence of Tom Thomas.

Some of the other contents who have shown intent of running are; Brenda Rita (Gender), Obora Patel (Secretary-Secondary), Kajwang Michael (Organising Secretary), and vocal games teacher Oduor John Felix (popularly known as Felo Jachelsea). Everline Odongo will face off with Beatrice Awiti for the Treasury’s post. While, Churchill Aroko (Churchill) and Teddy Erics Oginga will battle for the Assistant Executive Secretary’s niche.

Some of the Contestants who have expressed interest to run for the Migori County seats are: Owiti Paul and George Okatch (both eyeing the Vice Chair’s post), Mijungu Kevin (Assistant Executive Secretary), Jecinter Robi (Treasurer) and Nyabuongi Fredrick (Secretary-Secondary). Others Lilian Ogutu and Sheila Omuga (both going for the Gender seat). Executive Secretary Orwa Jasolo will wrestle with Ken Boro for the seat. On their part, the trio of Kevin odhiambo, Seth Kanyango and festus Obonyo have daggers drawn to try and clinch the Organising Secretary’s post.

Online campaigns are ongoing in all other counties, countrywide; with some teachers opting to have small group meetings. The campaigns have greatly been affected by the current covid-19 pandemic; that has seen prolonged closure of learning institutions. The Ministry of Health’s guidelines on public meetings have also dented the campaigns; that are usually carried out with vigor and ferocity.

Other members are: Secretaries in charge of Tertiary and Secondary, Branch Organising secretary, and three women representatives; who are appointed for gender and regional balancing after elections. 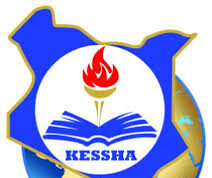 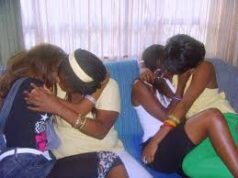 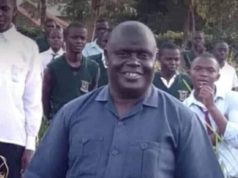 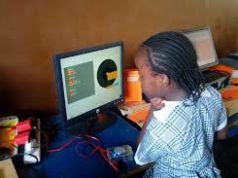 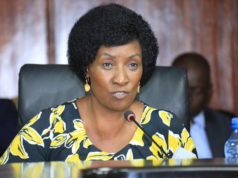 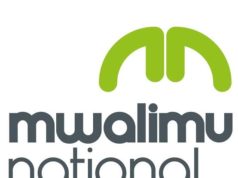